The book contains, on its 1010 pages, an introduction to Central European history from Caesar to Bismarck before concentrating on Adolf Hitler’s youth and adolescence, the Great War of 1914 and the rise of the Nazi Party up to the famous Beer Hall Putsch of 1923.

It is of course first and foremost a history book yet it tells a human story within a story of humans – sometimes sad, sometimes funny, sometimes pathetic. Not only is it a narrative about Adolf Hitler and a time long bygone – it is a tale of the human condition and thus very much about ourselves, our present and our future.

For the signs of our time are ominous. In 1989 American Historian Francis Fukuyama felt confident enough to argue – in “The End of History” – that, in the wake of the fall of the Berlin Wall:

“What we may be witnessing is not just the end of the Cold War or the passing of a particular period of post-war history, but the end of history as such: that is, the endpoint of mankind’s ideological evolution and the universalization of Western liberal democracy as the final form of human government.”

How curious this sounds less than 25 years later. A murder of crows – composed of the likes of Donald Trump, Wladimir Putin, Xi Jinping, Viktor Orban,  Recep Tayyip Erdogan, Jair Bolsonaro and their lesser epigones and copycats seems to have taken over the globe – they are not democrats and certainly no liberals –  notions of hustlers and hooligans rather come to mind.

The gods they serve are the same that always had a fatal attraction to the human race – Mammon and Mars, Croesus and Lucifer – for they claim to bring us the new light … but so did Hiroshima.

Why so many men and women believe the spurious promises is hard to fathom – is it a longing for easy solutions to complex problems? Is it desperation, rabid hopes for anything that looks like an alternative to the present – rejection of the status quo?  Despair over a world which seems to become more and more incomprehensible and confusing every day?

One hundred years ago, there came another man –  returning from the bloodiest war the world had ever seen  – into a country whose burghers stood exactly at such a point. Their society was about to disintegrate – their moral certitudes had proven lies and their dreams presumptuous. They lost the Great War 1914/18 for reasons totally incomprehensible to them – and they desperately sought answers.

A small man, just back from the Western Front, claimed to have a few answers. His name was Adolf Hitler – and he changed the world. For worse. 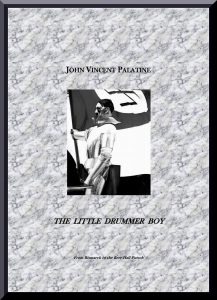